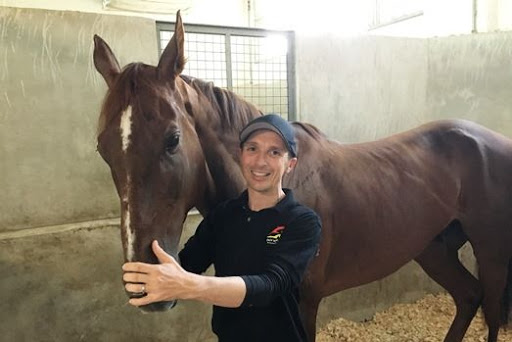 Singapore racing fans will be delighted to see an old familiar face back in the riding ranks this week – Danny Beasley.

After bringing curtains down on a successful 25-year-old riding career to join trainer Daniel Meagher as his assistant-trainer in 2017, the Golden Slipper-winning jockey has come full circle.

The Singapore Turf Club has granted Beasley a jockey’s licence effective from February 15 until December 31, 2021.

Beasley retired from race-riding at Kranji in 2017, the last 11 years of which were pursued in Singapore, except for 2015 when his licence was not renewed.

All-up, Beasley had in excess of 2,000 winners to his name when he hung up his boots, with around 1,500 recorded mostly in Australia, but also overseas in Hong Kong and Macau, and 528 recorded in Singapore.

In Australia, he won 14 Group 1 races in 15 years, headed by the Golden Slipper with Polar Success, the Doncaster Handicap and Queen Elizabeth Stakes with Grand Armee and the Newmarket Handicap with Miss Pennymoney as the main career highlights.

His best Singapore season came in 2014 when besides finishing runner-up to Manoel Nunes on 83 winners, he made a clean sweep of the Singapore Three-Year-Old Challenge with War Affair.

Beasley last rode in a competitive race on Singapore Derby day on July 9, 2017 when he signed off on a winning note with a double on Dream Comes True and Kolombia, both for his main supporter, Meagher. He was sitting third on the Singapore jockey’s premiership on 35 winners when he left.

Beasley goes to scale at 52kgs.