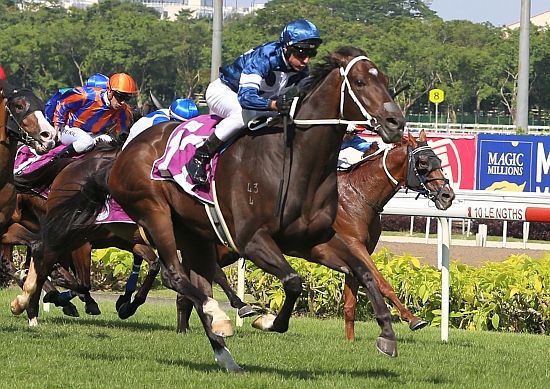 Daniel Moor was not too fazed by King Louis’s featherweight handicap of 50kgs in Sunday’s $175,000 Group 3 Committee’s Prize (1600m), even if he had to be replaced on a similar lightweight chance last Sunday.

The Australian jockey was slated to ride Safeer in the Class 2 race over 1200m, weighted at 50.5kgs but had to eventually forego the assignment on raceday, making way for Benny Woodworth. Safeer went on to run third less than a length off the winner Grand Koonta.

Moor, or “Buckets” as he is popularly known, had already committed to the King Louis ride even before the Safeer booking. Simply because he has been given more lead time to work out a plan to shed the required weight in that particular instance.

“They found out early King Louis will get in at 50kgs in the Committee’s Prize. As there aren’t that many options for lightweights, Mr Steve Levar (owner) booked me early,” he said.

“Big thanks to Mr Levar and (trainer) Ricardo Le Grange. I don’t ride a lot for Ricardo, so hopefully that will lead to more rides in the future.

“Last Sunday was a bit of a kerkuffle. On Friday, I rode trackwork and then we raced during the day, I overdid it – and I wouldn’t have done the ride (Safeer) any justice.

“This time I am better prepared. I had 10 days’ notice, they sounded me out early and as I had no rides in that race, I was more than happy to take the ride.

“I’ll probably ride him one kilo overweight, but it should be okay.”

Moor can ride comfortably at 52kgs but anything below that mark will require a bit more time in the sweat box.

“I’ve always said from the start I will go the extra mile to go down to a light weight if it’s a good race worth some prizemoney,” he said.

“More so for King Louis, who ran very well in the Singapore Derby – third to Sun Marshal. From a Gold Cup perspective, he would be a good chance, and such good chances don’t come by every day.”

The Group 1 Dester Singapore Gold Cup (2000m) is the third Leg of the Singapore Triple Crown series and will be run on November 10. It kicks off with the Group 1 Raffles Cup (1600m) on September 22 before proceeding to the Group 1 Queen Elizabeth II Cup (1800m) on October 20.

Last year, King Louis sidestepped the first two Legs, opting instead for a path via the Group 3 El Dorado Classic (2000m), which he duly won before running a creditable sixth in the Gold Cup won by Elite Invincible – again an opponent this Sunday.

Currently eighth on the Singapore jockey’s premiership on 18 winners, with so far one silverware under his belt, the Group 3 Fortune Bowl with Blizzard, Moor took the son Medaglia D’Oro for his working gallop on Tuesday and jumped off with a positive report.

“The horse is very well. He is a straightforward type,” said Moor who has been riding full-time at Kranji for 15 months.

“His work was excellent, there was no argument. He completed his work nicely and is in good order.

“He is a sound and happy horse and hopefully, he has luck in the running on Sunday.” 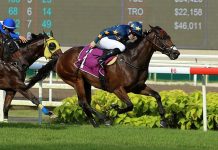 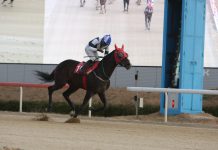