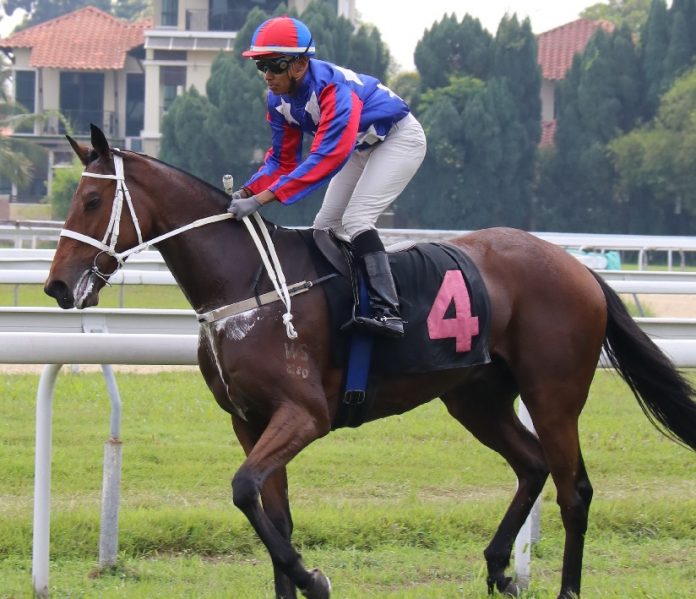 Despite his last start defeat as favourite in Penang a fortnight ago, TOM KING returns to his home track and should prove hard to beat in the 1200m Max Two Stakes at Kuala Lumpur on Sunday.

TOM KING has been a consistent performer since joining the Frank Maynard stable last year with two wins from seven local outings. The five year old has finished close up behind some progressive gallopers in the higher grades.

TOM KING appeared to have every chance when beaten into 3rd place at Penang but enters Sunday’s contest on a high rating compared to most of his rivals. The New Zealand bred gelding is a reliable beginner and will be hard to run down whether he leads or races on the speed.