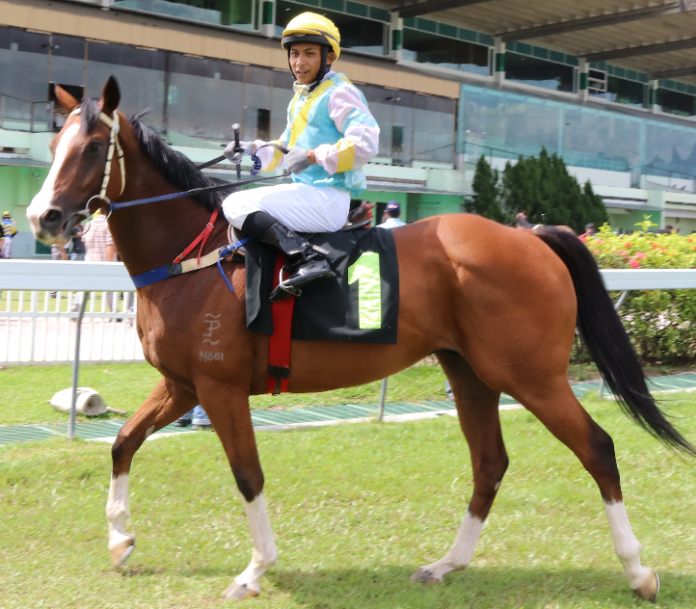 It is seldom to see a standard high grade race where half the field are made of previous group one winners but that is the case in the 1600m Enrich Stakes A (Race 5) on Sunday as part of the two day program at PRTC this weekend.

The three group one winners, MR NEVERMIND, TRUSON and DAVINCI will be clashing with some very handy performers in what should be an interesting contest despite the small lineup.

DAVINCI has been a revelation in recent months posting 1 win and 2 seconds in G1 company, his claim to fame being the 2000m Penang Governors Gold Cup in December before his narrow defeat in the Perak Derby last start. The 7yo drops back in distance but is in career best form and looks hard to beat.

Penang Sprint Trophy winner last year, MR NEVERMIND dominated a Metro A event in KL over 1300m in January and has started only once over the mile, when finishing unplaced in the Coronation Cup (G1). The 6yo was crowded in the home straight on that occasion and with better luck this time has the capacity to be competitive over the middle distance.

Three time G1 winner, TRUSON returns to his former home track for the first time since joining the Shane Edwards yard late last year. The talented 7yo should strip much fitter from his first up performance in KL and his record 2nd up stands him in good stead for a forward showing.

TIGER BAY, a last start winner and SACRED GALAXY, both from the Frank Maynard yard have the credentials behind them to be competitive in the six horse field.

The other Enrich Stakes A (Race 9), over the 1200m journey will see several runners backing up from last weekend including HALO BRIGHT, who impressed with his 2nd down the straight course behind Grand Cross. The 5yo grey peaked on his run right before the line after striking the front momentarily and looks a genuine chance 2nd up from the break.

WHITE CHIN was an easy last start winner in January and will be one to watch for the new owners. LISBOA STAR is well placed at the weights and is capable of measuring up to this company. The 5yo has only started here once previously and was a Class 4 winner two starts back. BLACK AND WHITE placed 5th in that race won by Grand Cross but has an impeccable record of winning 4 from 8 when produced 2nd up. THESE STREETS won a race at big odds here in October and pulled up with a lameness issue last start. The 9yo should improve and might be a value chance in trifectas.