Summary: It was undoubtedly disappointing FANTASTIC SPIRIT (1) could only finish second when sent off a warm order at Hyeres last-time out. That said he clearly remains in good form and Jean-Claude Rouget looks to have found an excellent opportunity for him to return to winning ways. The main danger may come from PAPER TROPHY (3) who shaped fairly when eighth in a Class One handicap at Longchamp latest. Hard to dismiss with an excellent record over course and distance. MAD RIVER (4) has ability to be involved on ratings while FIAMELCA DOLOISE (6) is next best.

Race 2 – PRIX SOLEDAD DE MORATALLA – 2300m CLM CL3 HCP. Purse EUR €15,000.
1. IZANA BERE – Has been out of the money of late including last time out when 18th over 2000m at La Teste De Buch a month ago beaten 15 lengths. Tested again.
2. SCHWANENSEE – Returned to the winners’ circle after a long while in the wilderness last time out over 2000m at Auch scoring by 2.5 lengths. Rates highly and expected to go well again.
3. CORIMBO – Stepping back in trip after finishing tenth over 2100m at this track last time out. Finds a nice race this time and looks hard to beat.
4. MAXISHINE – Has failed to fill a placing at his last few runs the latest when fourth beaten 2 lengths over 1900m at Chantilly All Weather. Thereabouts last start and should be competitive.
5. GRANACCI – Not a prolific winner with just two victories from 31 starts. Last start finished third over 2000m at Auch. Others make more appeal.
6. HONOR BERE – Broke back into the top-three last start when third at Dax over 3000m beaten 2.5 lengths. Thereabouts last time out. Definite top-three prospect.
7. GOUT SUCRE – Has a poor strike and failed to improve on it last start when he finished second over 2100m at this track. Others make more appeal.
8. BOUJOC – Finished midfield last start at Toulouse over 2100m 10 lengths from the winner. Stretches out over further today. Hard to fault if at his best.

Summary: SCHWANENSEE (2) had a few of these behind when making all by 2.5L at Auch eighteen days ago. Top chance having been supplemented. HONOR BERE (6) ran well when third in a Class Four handicap at Dax latest. Should be firmly involved in this suitable affair. GRANACCI (5) goes well at this level and looks a fair each-way player following his 6L third behind Schwanensee last outing. MAXISHINE (4) would be of note if replicating his AW form on turf.

Race 3 – PRIX OLZARTE DE COLLONGUES (PRIX DU GRAND TARBES) – 2300m AA. Purse EUR €17,500.
1. IF VERGOIGNAN – Last appeared ten weeks ago when he finished 70 lengths from the winner in 15th over 2450m at Mont-De-Marsan. May struggle.
2. SMART CHOP – Well held second up after finishing third when resuming over 2400m at Toulouse. Needs to improve sharply.
3. MAELEK – Made steady improvement last time out at his second career start to finish second over 2400m at Toulouse. Coming along well and is worth including.
4. ISPAHAN DE LAGARDE – Returns from a spell. Yet to break through but was in the money at all three starts during the maiden campaign. At the latest outing he finished second over 2450m at Mont-De-Marsan on February 28. Close to a win.
5. HETNA DE LA BRUNIE – Unraced mare by Jeu St Eloi out of Ciaobela De La Brunie. Worth consideration.
6. IDEE NOIRE D’AYZA – Third-up on the back of a couple of average runs this campaign. Finished sixth over 2450m at Mont-De-Marsan 53 days ago. Outclassed.
7. LOU MALPIC – Has not raced since finishing 7 lengths away in third over 2450m at Mont-De-Marsan on February 28. Did finish in the money first-up last prep at Mont-De-Marsan over 2450m. Winning chance while fresh.
8. HOLBOL – Resuming after a spell of 11 months. Has figured in the placings when fresh in the past but seems a bit out of his depth.
9. IVANIA TROIS – Stepping out at this course for the first time. Last appeared when she finished tenth over 2650m at Auch on April 24. Cannot be ruled out despite a plain effort last time.

Summary: A race that looks to revolve around a similar event that took place at Mont-de-Marsan in February where MAELEK (3) was superior to both ISPAHAN DE LAGARDE (4) and LOU MALPIC (7). The winner was making his debut that day and has subsequently backed that up with a good second. Top claims with more to come. Ispahan de Lagarde is preferred of the remainder for a good yard and is yet to miss the frame in three outings. IF VERGOIGNAN (1) was strongly fancied for that contest but ran absolutely no race although is worth giving another chance to.

Summary: REAL WILD CHILD (8) wore cheekpieces when making his debut finishing runner-up over course and distance latest. Headgear is dispensed with but rates highly with a step forwards expected. PREMIERE LIGNE (5) was slightly below par at Bordeaux but would be firmly in the mix if replicating his narrow debut second at Toulouse. AICHE DE BRETEL (14) has finished second in maiden company on his last two outings and can be thereabouts. VENUS (13) completes the shortlist.

Summary: FURIEUSE (7) had plenty of these behind when impressing to score by 3.5L over course and distance on debut. Hard to fault. FENOMENE (10) finished back in third on that occasion and looks sure to be in the mix once more under a good rider. Unraced colt by Savoir Vivre BOOMERANG (8) would be of note if attracting market support. HERITIERE D’OR (2) could find the frame if replicating her debut second.

Race 6 – PRIX YVES SAINT-MARTIN – 1500m MDN. Purse EUR €19,000.
1. CALISCO – Stepping out at this track for the first time. Last appeared when he finished third over 1600m at Toulouse on April 16. Cannot be ruled out.
2. PEARL OF CHOP – Finished 17 lengths from the winner in ninth last start over 1400m at Toulouse his second unplaced effort in two career runs. Has plenty of upside and is worth including.
3. MISTER KOOL – Finished a mile back at his latest appearance when unwanted in betting over 1400m at Toulouse. Not among the chances.
4. SQUARE CAPITAN – Has had one run back from a break and was well held in fifth over 1400m at Toulouse two-and-a-half weeks ago. Still early in the prep and might need more time.
5. CHIEF RED CLOUD – Has only been to the races three times but keeps improving. Good effort last time when second over 1350m at Senonnes-Pouance beaten one length. Coming along nicely. Big chance.
6. ARCOS VANCOUVER – Finished third last start over 1400m at Toulouse 11 lengths from the winner. Needs to lift on the last run to be competitive this time.
7. POST GRAFFITI – Has been in the market at his last couple of starts but hasn’t made an impression most recently finishing fifth over 1600m at Royan La Palmyre. Among the chances.
8. FAZZANO – Out of the money again last time but not too far away when fifth over 2150m at Lyon La Soie. Not far away last time but needs to do more.
9. EMPEROR MAXIMUS – Has opened his career in good style with three minor placings from five starts. Finished sixth at his most recent appearance over 1600m at Toulouse. Great chance to break through.

Summary: CHIEF RED CLOUD (5) looks to be improving with racing and made the running when second at Sennones last outing. Top claims for a leading yard. EMPEROR MAXIMUS (9) is yet to run a bad race in five maiden outings looks sure to be involved at the business end. CALISCO (1) showed up well when a 0.75L third over 1600m at Toulouse on his third career outing. Notable runner. POST GRAFFITI (7) was fourth behind a pair of subsequent winners latest and cannot be discounted.

Race 7 – PRIX DE VIC-EN-BIGORRE – 1500m MDN. Purse EUR €19,000.
1. VISREYMA – Finished sixth when fresh from a spell last start beaten 12 lengths over 1400m at Toulouse. Will come on from that run and is one of the leading chances.
2. ALIYAHJONH – Stepping out at this circuit for the first time. Last appeared when she finished sixth over 1800m at Langon Libourne on April 18. Watch for sharp improvement.
3. MYMART – Has been beaten a combined 186.7L in two starts this campaign. Can’t recommend in this.
4. SPANISH CARA – Stepping out at this circuit for the first time. Last appeared when she finished ninth over 1600m at La Teste De Buch on March 23. Will need to improve many lengths to feature.
5. RAINING – Was safely held on debut last start when eighth and beaten 17 lengths over 1900m at Bordeaux. Will take a lot from that hit-out and shapes as one to consider.
6. SHALADISSIMA – Unplaced at all five runs to date, the latest when beaten 12 lengths over 1400m at Fontainebleau. Finds a suitable race and can feature without surprising.
7. NOIRE DESIRE – Came from a wide gate and could only manage to finish sixth last time out over 1600m at La Teste De Buch. Right in the mix.
8. MISS COSY – Put the writing on the wall last start when she finished a close third at Pornichet over 1700m. Winning chance.
9. LAST BALL IN PLAY – Drew wide over 1800m at Langon Libourne on debut last start so she pushed forward before finishing eighth beaten 10 lengths. Worth following from better draw.
10. HAVERSHAM – Resumes after a spell of three-and-a-half months. Only had one run in the maiden prep and was easily accounted for over 1600m at Pau All Weather. Sure to have improved and worth keeping safe.
11. ETNA CHOPE – Resuming today after an uninspiring tenth on debut over 2000m at Toulouse three months ago. Will struggle against these.
12. DITREVILE – Started at a big price on debut last start and was pretty plain when 31 lengths back in ninth over 1900m at Bordeaux. Better for that experience but prefer to see her again.
13. AYUVEDA – Nicely-bred debutant by sire Wootton Bassett from the stakes-winning mare Kelty In Love. Watching brief this time around.
14. CHARM WRENS – Filly by Charm Spirit out of Three Wrens. Purchased for EUR € 20,000 (Arqana 2020 Autumn Sale Flat Yearlings) and makes her debut. May pay to keep an eye on any market moves.

Summary: It is probably fair to say VISREYMA (1) has failed to live up to expectations following a very promising debut second at Saint-Cloud last September. The daughter of Kingman was ultimately well held when sixth at Toulouse after a break but should strip fitter and this looks a very good opportunity. MISS COSY (8) was just denied on the AW at Pornichet last outing and rates highly for a good yard. Wootton Bassett newcomer AYUVEDA (13) who ticks a few boxes on paper and cannot be dismissed. NOIRE DESIRE (7) certainly has the form to go well on stable debut.

Summary: A tricky handicap to assess where a chance is given to NEW ADELE (5) despite being a fourteen race maiden. The form of his Class Four course and distance handicap third recently should see him firmly involved at this level. PINK GOLD (3) shaped well when sixth in a stronger handicap at Saint-Cloud. One to note. THE FUNK BIBLE (8) has at least won three times in his career and would be thereabouts if replicating a third behind subsequent winners at Toulouse two back. MILK BAR (2) holds each-way claims. 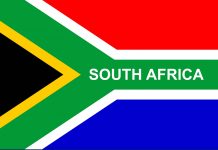