In a season that has seen the emergence of many top-notch horses, I’m Incredible is the one who was given the nod for the Singapore Horse of the Year award at the 2019 Racing Appreciation Awards night held at Zouk, Clarke Quay on Thursday night.

The son of Lope De Vega won five races on the trot last year, including the last three at Group level. The haul at elite level began with the Group 3 Committee’s Prize (1600m), followed by the Group 3 Ultima El Dorado Classic (2000m) and finally, the highlight, the second Leg of the Singapore Triple Crown series, the Group 1 Queen Elizabeth II Cup (1800m) in October, all in his favourite on-pace running style. 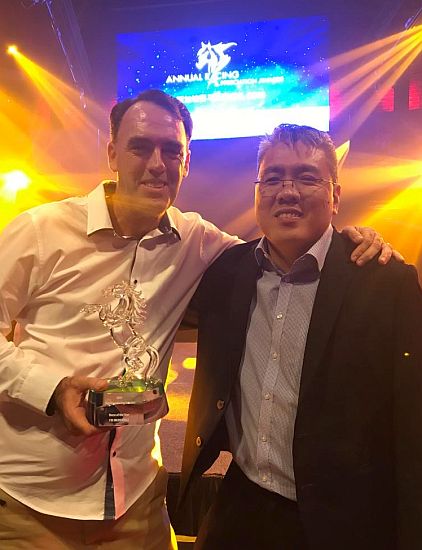 In the age groups, the honours were shared between the unbeaten Cliff Brown-trained Inferno (Champion Two-Year-Old), the Michael Clements-trained Top Knight (Champion Three-Year-Old) and the Brown-trained What’s New (Champion Four-Year-Old) – all logical picks given their big share of the wins in their respective age series.

Touted as the next big thing, Inferno won his two outings as a juvenile, including the Group 2 Aushorse Golden Horseshoe (1200m). Runner-up in the first Leg of the Singapore Three-Year-Old Challenge, Top Knight and his devastating turn of foot gave his three-year-old peers no mercy in the remaining two Legs, the Group 2 Singapore Three-Year-Old Classic (1400m) and the Group 1 Singapore Guineas (1600m) while bonny mare What’s New upstaged her male rivals a in the first two Legs of the revamped Singapore Four-Year-Old Challenge, the Group 3 Silver Bowl (1400m) and the Group 2 Stewards’ Cup.

Trainer Ricardo Le Grange’s Argentinian-bred Pennywise showed his consistency on the Polytrack (four wins), with his Group 3 win in the Colonial Chief Stakes (1600m) in December the obvious clincher.

A rising force in recent years, Thai outfit Falcon Racing Stable was rewarded for its significant investment in Singapore racing with a first recognition as the Leading Owner for 2019, with Top Knight being no doubt the mainstay for the sky-blue silks.

After finishing on top in 2015 and 2017, New Zealand trainer Mark Walker claimed his third Singapore title on 73 winners. Also at this third hurrah was Australian jockey Vlad Duric who has, however, clinched the title for the third year running with his haul of 88 winners. Ipoh-born rider Simon Kok Wei Hoong franked his dominance in the junior ranks with his first champion apprentice jockey title after topping the log on 35 winners.

While some awards like the one for the Most Improved Horse or Racing Media Awards were discontinued, they made way to two new ones – and by coincidence, both rewarded the same person: Benny Woodworth.

In recognition of Malayan Racing Association-licensed jockeys’ contribution to racing, the Champion Local Jockey title was introduced, with Woodworth on 68 winners – and second overall to Duric – the inaugural recipient.

The Malaysian jockey was also conferred the inaugural Racing Honorary Award, which commended him for his act of bravery in a barrier trial on July 2, 2019. A track rider was in trouble after losing his foot in the iron, but Woodworth who was riding in that trial, saved the rider from a potentially serious accident when he came alongside to slow the horse down by holding on to its reins. 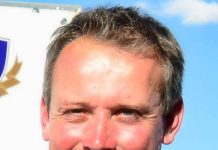