Unsighted for around eight months, Lim’s Magic has resurfaced at the barrier trials under a new handler and looking the goods for a racing comeback.

Once regarded as something out of the box following his pulverising wins in his early days, albeit in inferior company, the Manhattan Rain six-year-old has unfortunately flattered to deceive.

Numerous placings in Group company equating to a quick rise through the ratings was seen as the main conviction. 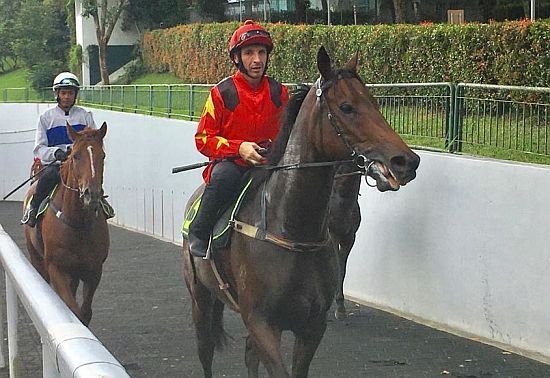 After a change of yard from Stephen Gray to Daniel Meagher, hopes of new beginnings were afloat but they were dashed to the ground by an unfortunate track accident.

Meagher has patiently nursed him back to health, with the recent demeanour on the training tracks suggesting 2020 could herald a change of fortunes for the often luckless galloper.

With former jockey and now Meagher’s assistant-trainer Danny Beasley up, Lim’s Magic spun around under a tight rein at Thursday’s barrier trial to run second, looking fluid in his action.

Meagher looked happy with that first serious hit-out in a long time but was not rushing in finding a race for him yet.

“Two weeks after his last race, Lim’s Magic came to us, but two weeks later, he crashed through the fence on Track 4 and we had to put him away,” said Meagher.

“The horse was in a bad space, he wasn’t a happy horse. We gave him time off and started from scratch.

“I had to get him happy again. It’s been a long time between runs and we had to get the foundation work back in him.

“Today’s trial was just an easy trial. I haven’t looked for a race for him yet, as he’ll probably need another trial and then we’ll see.”

Meagher said the problem with his new ward was not so much ability, which he had no doubt there was in fair abundance, but more his rapid rise through the ratings.

“He’s a very good horse but he wasn’t handicapped to suit him. He was too highly marked and his ratings wouldn’t drop, it was tough for him to win races,” said the Australian mentor.

“At 82, I think he has the ability to be at that level. Chin (Chee Seng) rides him every day and has done a great job bringing him back to form.”