Superstar stallions have lit up racetracks on both sides of the Tasman this season, and now their yearlings are set to impress at Karaka 2020.

A thoroughly deserving table-topper in New Zealand this season is Darci Brahma (NZ). Himself a Karaka sale-topper at $1.1 million back in 2004, the son of Danehill won five Group One races before retiring to The Oaks Stud. He has delivered top results season after season, finishing in the top four on the New Zealand premiership every year since 2012-13.

In an amazing 2019-20 New Zealand racing season, Darci Brahma has sired 30 winners from 74 runners with eight individual stakes winners and more than $1.4 million in prize-money.

The highlight came in the prestigious Group One New Zealand 2000 Guineas (1600m) at Riccarton in early November, won by boom three-year-old Catalyst (NZ) with the highly promising Harlech (NZ) a strong-finishing second.

Darci Brahma has sired a total of 256 winners from 380 runners, with 59 individual winners at black-type level.

In the unusual position of second on the table is the superstar Savabeel, the undisputed king of New Zealand’s current stallions.

The Waikato Stud titan has won the Grosvenor Award (champion New Zealand sire) for five consecutive seasons, as well as the Dewar and Centaine Awards for Australasian and worldwide earnings four times each.

As well as his outstanding older performers, Savabeel has also had elite success with two-year-olds, such as Sword of Osman, Karaka Million winner Probabeel (NZ) and Sydney Group One winner Pasadena Girl (NZ).

Karaka is unparalleled as a source of Savabeel’s progeny. He has consistently been in massive demand at the National Yearling Sales in recent seasons, including a $1.4 million Sale-topping colt during Book 1 last year. His 48 yearlings at Karaka 2019 sold for a total of $14.22 million, averaging $296,250 each, with four going past the $500,000 mark.

Karaka 2020 looks like more of the same, with a bumper crop of 74 well-bred Savabeel yearlings in the catalogue for Book 1. They include the progeny of Group One-winning mares Shez Sinsational (NZ) (Ekraar), Sofia Rosa (NZ) (Makfi) and Valley Girl (NZ) (Mastercraftsman), while Lot 454 is out of a full-sister to Group One Coolmore Stud Stakes (1200m) and Royal Ascot Diamond Jubilee Stakes (1200m) winner Merchant Navy (Fastnet Rock).

Per Incanto sits in third place on the New Zealand sires’ premiership this season with 35 winners, lifting his overall total to 131 from 219 runners. He has sired 18 individual stakes winners, including three at the elite level.

There should be plenty of interest in the Karaka yearlings by the fourth-placed stallion on the New Zealand premiership – the final southern hemisphere crop of Showcasing.

The son of Oasis Dream shuttled to Haunui Farm from 2011 to 2017 and has made a massive impression in this part of the world, siring 134 winners from 255 runners in Australia and New Zealand including 15 individual stakes winners.

In the 2018-19 season, Showcasing set a modern-day New Zealand record with 12 individual two-year-old winners – more than twice as many as any other sire on the premiership. He has become renowned for his outstanding two-year-olds, with 10 of his 15 stakes winners in this part of the world doing so as juveniles.

Showcasing’s final season shuttling to New Zealand produced 74 foals, with 24 set to go through the ring in Karaka 2020 – three in Book 1, 19 in Book 2 and two in Book 3. Lot 28 is a half-brother to the Singapore Gold Cup winner Bahana (NZ) (Elusive City).

The other leading New Zealand sires this season who will feature at Karaka 2020 include the internationally proven Tavistock (NZ), who sadly died at Cambridge Stud last month, plus top-quality shuttler Iffraaj, Zed (NZ), Swiss Ace and Rip Van Winkle.

On the other side of the Tasman, Pierro has been the standout sire through the first four months of this season. His 165 runners have featured 70 individual winners, who have amassed more than A$8.3 million in prize-money.

Pierro has sired five individual Group One winners, including Regal Power and Shadow Hero this season. In New Zealand, meanwhile, he is the sire of Dragon Leap, the impressive winner of this month’s Group 2 Auckland Guineas (1600m) and favourite for the Group One New Zealand Derby.

Pierro is the sire of 10 yearlings in Book 1 of Karaka 2020. Lot 156 is a half-brother to the Group One winner Rollout The Carpet (Holy Roman Emperor).

Rubick has only two crops of racing age, but he has soared up to second on the Australian sires’ standings with 20 winners and more than $7.8 million in stakes. A big contributor to that has been Yes Yes Yes, who won the world’s richest turf race, The Everest (1200m) at Randwick in October.

Buyers can capitalise on Rubick’s rising stocks with two of his yearlings in Book 1 of Karaka 2020. Lot 482 is out of the multiple Group Two placegetter Calm Smytzer (NZ) (Zabeel), whose daughter Star Karen (Camelot) placed in the Group One New Zealand Oaks (2400m).

He has sired 460 winners from 603 runners, with 117 individual stakes winners including nine at Group One level. His influence has also been felt on this side of the Tasman with Media Sensation, who was a $425,000 purchase at Karaka and won the Group One New Zealand 1000 Guineas (1600m).

There are two colts by I Am Invincible in Book 1 of Karaka 2020. Lot 247 is out of a daughter of the Group One winner Vouvray (NZ) (Zabeel).

Ocean Park (NZ) is one of the rising stars of New Zealand’s crop of stallions, and he has made a big name for himself in Australia – sitting in fifth on the Australian premiership with 28 winners and more than $7 million in prizemoney this season.

The Waikato Stud up-and-comer has sired a total of nine individual stakes winners, headed by Kolding (NZ), the $170,000 Karaka purchase who has won this year’s A$1 million Group One Epsom Handicap (1600m) and A$7.5 million Golden Eagle (1500m).

Lot 243 is out of the multiple Group winner and Group One-placed Ruud Van Slaats (NZ) (Van Nistelrooy), who is a dam of three stakes performers from five foals to race.

Zoustar is another bright young stallion star, prominently placed on the Australian premiership with only three crops of racing age.

Zoustar has sired a total of 106 winners from 177 runners, with 13 individual stakes winners. His best performer is the multiple Group One-winning sprinter Sunlight, who headed an all-Zoustar trifecta in the 2018 edition of the prestigious Group One Coolmore Stud Stakes (1200m) at Flemington.

Zoustar’s four yearlings in the Book 1 catalogue include Lot 254, out of the three-time Group Two winner Satinka (NZ) (Stravinsky), Lot 295, out of Group Two winner So Pristine (Zabeel), and Lot 676, whose dam was a two-time stakes placegetter in Germany.

The remainder of the top 10 sires in Australia this season are all big names and all have representation at Karaka 2020 – multiple Australian champion sires Snitzel and Exceed and Excel, Nature Strip’s sire Nicconi and the outstanding sire Not a Single Doubt.

Karaka 2020 begins with Book 1, which runs from 11am on Sunday 26 January until the end of Tuesday 28 January. Book 2 takes place between Wednesday 29 January and Friday 31 January.

In a change from previous years, Book 3 will take place on the afternoon of Friday 31 January, instead of Sunday 2 February. 115 yearlings will go under the hammer immediately after the conclusion of the Book 2 Sale, rounding off a terrific week of selling.

You can request catalogues by emailing reception@nzb.co.nz or view them online. For news and sales information from NZB visit www.nzb.co.nz. 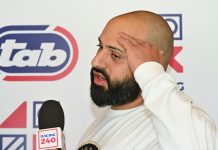