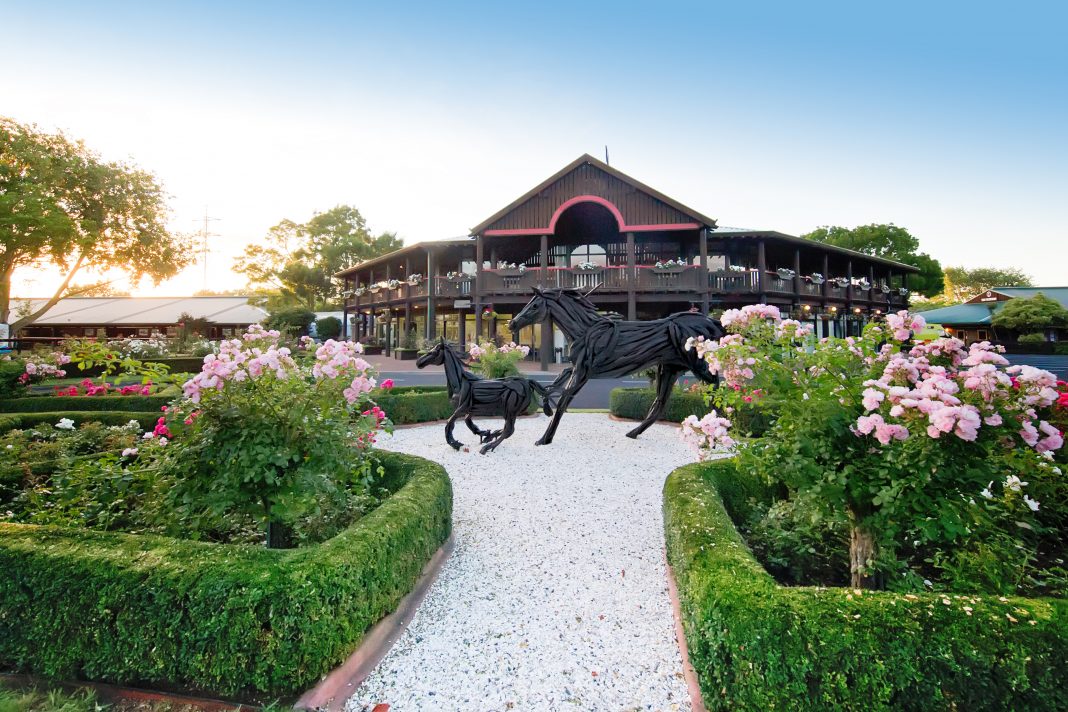 An exciting crop of youngsters will be out in force with both quantity and quality as Karaka 2020 provides unmatched access to their first crops of yearlings.

Alphabetically, here is another snapshot of the following five new stallion prospects with progeny on offer at Karaka 2020. The other 14 new stallions in Book 1 are embarking on exciting stud careers across the Tasman.

Tivaci (High Chaparral) is the latest addition to the stallion roster at Waikato Stud, who have been leading vendors at Karaka for the last six years. Their headline stallion Savabeel (Zabeel) has become a dominant force on New Zealand racetracks and in the sale ring.

From 21 career starts, Tivaci won six including the Group One All-Aged Stakes (1400m) in Sydney. He is the only son of High Chaparral to win a Group One race at a distance shorter than 1600m.

Among the horses he defeated during his high-class career were the Group One winners Le Romain (Hard Spun), Redkirk Warrior (Notnowcato), English (Encosta de Lago) and Palentino (Teofilo).

A weanling from Tivaci’s first crop fetched $95,000 at the Karaka May Sale, the highest price of the weanling session.

Tivaci has 46 yearlings on offer at Karaka 2020. Lot 241 is outstandingly bred, being a half-brother to the Group One Australian Guineas (1600m) and Makybe Diva Stakes (1600m) winner Grunt (NZ) (O’Reilly). The colt’s dam is a half-sister to the multiple Group One winner and exciting young sire Ocean Park (NZ) (Thorn Park).

Lot 625 is a half-brother to two stakes performers including two-time Hong Kong Horse of the Year Ambitious Dragon (NZ) (Pins).

The second of the Windsor Park Stud up-and-comers is Turn Me Loose (NZ) (Iffraaj). His service fee is $15,000.

Turn Me Loose is one of only two sons of Iffraaj (Zafonic) at stud in New Zealand, and the only one with foals on the ground. Another of his Group One-winning sons, Ribchester, commands a service fee of A$22,000 in Australia.

The winner of the Group One New Zealand 2000 Guineas (1600m) as a three-year-old, Turn Me Loose later proved himself against Australia’s best with brilliant Group One victories in the Emirates Stakes (1600m) and Futurity Stakes (1400m). He was New Zealand’s champion sprinter and middle-distance horse in 2015-16.

Turn Me Loose beat such horses as Stratum Star (Stratum), Scissor Kick (Redoute’s Choice) and Trust in a Gust (Keep the Faith), who stand at stud in Australia.

Lot 38 is out of Lady Kipling (NZ) (Savabeel), a multiple Group Two winner who also placed at Group One level four times.

Lot 48 is a half-sister to two Group performers, while Lot 53 is out of Let Me Roar (NZ) (Rip Van Winkle), a Group Two-placed half-sister to multiple Group One winner Lion Tamer (NZ) (Storming Home).

The dam of Lot 167 is the unraced Street Cry mare Peace Cry, a daughter of the multiple Group One winner Keep The Peace (NZ) (Keeper). The dam of Lot 197 is a Snitzel mare whose half-sister Planet Rock (Fastnet Rock) won the Group One New Zealand 1000 Guineas (1600m).

Lot 221 is out of a three-quarter-sister to Group One winner Royal Descent (Redoute’s Choice).

Rich Hill Stud’s member of the new-stallion brigade is Vadamos (Monsun), whose service fee is $15,000.

Vadamos is a half-brother to the stakes winner Volfango (Dutch Art), and to the dam of Group winner Tornibush (Dream Ahead).

The dam of Vadamos is a half-sister to the multiple Group One winner and sire Valixir (Trempolino).

Lot 43 is out of Lafleur (NZ) (Zabeel), a multiple Group Two winner who has produced six winners from seven foals to race including two stakes winners.

Lot 312 is a half-brother to three stakes winners, while Lots 103 and 168 are half-brothers to two stakes performers apiece.

Lot 106 is a half-sister to Group One performer Chambord (NZ) (Zabeel), and Lot 262 is out of multiple Group One winner Say No More (NZ) (Pentire).

The dam of Lot 169 is a full-sister to Melbourne Cup winner Prince of Penzance (NZ) (Pentire). Lot 129 is out of a half-sister to Singapore Derby winner Infantry (NZ) (Tavistock), and Lots 30 and 271 are closely related to Group One winners (King) Mufhasa (NZ) (Pentire) and (The) Bostonian (NZ) (Jimmy Choux).

Completing the Windsor Park trio is Vanbrugh (Encosta de Lago), who stands for a $5,000 service fee.

Vanbrugh’s sire Encosta de Lago (Fairy King) has been a champion sire and is making his mark as a sire of sires. He is grandsire of Group One stars such as Golden Slipper heroine She Will Reign (Manhattain Rain) and Australian Guineas winner Mystic Journey (Needs Further).

On the maternal side, Vanbrugh’s dam is one of 11 winners from the Centaine mare Professionelle. Four of those won at stakes level, including four-time Group Two winner Sportsman (Supremo).

The high point of Vanbrugh’s career came with his victory in the Group One Spring Champion Stakes (2000m), which has been a springboard to enormously successful stud careers in the last 20 years for the likes of Savabeel (Zabeel) and Dundeel (NZ) (High Chaparral), along with promising young sires such as Complacent (Authorized) and Hampton Court (Redoute’s Choice).

Vanbrugh is the sire of four Lots offered at Karaka 2020. Lot 656 is a half-brother to Helena Baby (NZ) (Guillotine), who won this year’s Listed Opunake Cup (1400m) and placed behind superstar Melody Belle (NZ) (Commands) in the Group One Tarzino Trophy (1400m).

The last of the New Zealand-based first season sires featuring at Karaka 2020 is Wrote (High Chaparral), who stands at Highview for $5,000.

Wrote has made an exciting start to his stud career in the northern hemisphere, siring 22 winners from 43 runners in his first two crops including the stakes-placed High Providence.

While High Chaparral is best known for his feats with progeny aged three and older, Wrote showed exceptional early talent with his win in the Group One Breeders’ Cup Juvenile Turf (1600m).

Wrote is the sire of 14 catalogued lots in Karaka 2020. Lot 624 is a half-brother to the dam of this year’s Group One Schweppes Oaks (2000m) winner Princess Jenni (NZ) (High Chaparral).

American Pharoah’s yearlings have sold for massive amounts in the northern hemisphere, including a filly who fetched US$8.2 million at Keeneland in September of this year.

There are eight American Pharoah yearlings in the Book 1 catalogue, including the progeny of stakes winners Posavina (NZ) (Tiger Hill), Soubrettes (NZ) (High Chaparral) and Strada Cavallo (NZ) (Alamosa). Lot 598 is a half-brother to Group One placegetter and sire Savile Row (NZ) (Makfi).

Astern won five of his nine starts including a dominant performance in the Group One Golden Rose (1400m). He also won the Group Two Silver Slipper (1100m), Group Two Run to the Rose (1200m) and Group Three Kindergarten Stakes (1100m), and finished second in the famously ‘stallion-making’ Group One Coolmore Stud Stakes (1200m) at Flemington.

Capitalist (Written Tycoon), who stands at Newgate Farm, has attracted plenty of attention at stud through his brilliant victory in the Group One Golden Slipper (1200m) at Rosehill.

A quartet of his yearlings will be offered at Karaka, including Lot 118, who is a close relative to a number of stakes winners. Lot 373 is out of Uberalles (NZ) (Giant’s Causeway), a Group One-placed daughter of champion mare Ethereal (NZ) (Rhythm).

You can request catalogues by emailing reception@nzb.co.nz or view them online. For news and sales information from NZB visit www.nzb.co.nz.