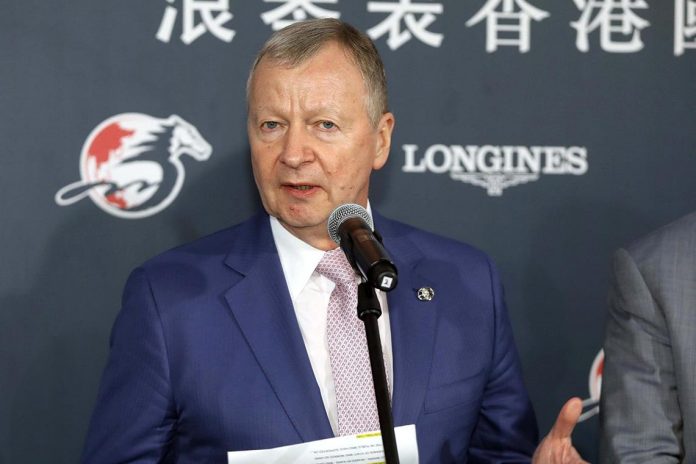 A massive Sunday afternoon city wide march was reflected in a huge drop in attendance at Sha Tin racecourse but it failed to stop punters unloading a record amount on Sunday’s Hong Kong International Races.

The relatively small on-course attendance of only 27,965 was not reflected in the betting turnover on the rich card which hit $HK1.71 billion ($A305.2 million), a jump of $HK340 million on last year, despite the closure of some off-course betting shops.

“The major growth seen today came from commingling turnover, which has been amazing,” he said in a statement.

“This shows that our strategy of globalisation, of making Hong Kong racing – with our integrity, with all the excitement, with the deep liquidity in our pool – available to the world, is working.

“The commingling turnover was HK$334 million, which is up by nearly 30% from HK$258 million last year.

“We are more than delighted about the turnover. We could not have expected turnover like we had today.

“But today was not about the turnover. It was about the sport and also how it showed the resilience of Hong Kong racing, and the excellence of the Hong Kong Jockey Club.

“It is a day to celebrate because despite a lot of challenges we have staged something that I don’t think many organisations in the world could have done.”