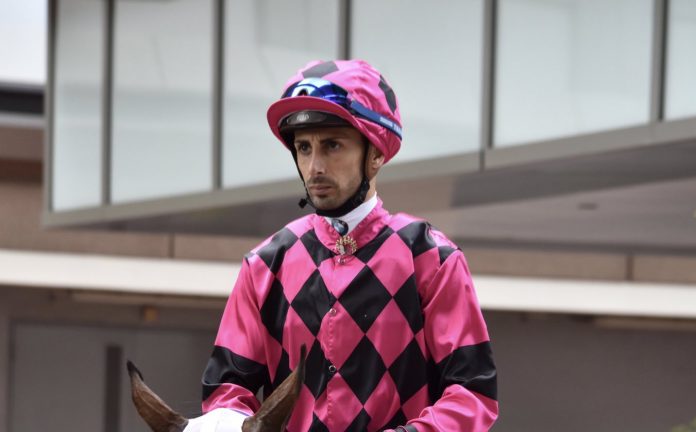 The Stewards today concluded their inquiry into A Sanna’s riding of DANCES WITH DRAGON in the Victoria Park Handicap which was run at Sha Tin Racecourse on Sunday, 17 November 2019.  Further evidence was today taken from Jockey Sanna.  Evidence was also taken from Mr L Ho, the trainer of DANCES WITH DRAGON, Mr M W Leung, assistant trainer allocated to Mr Ho’s stable for the current 2019/2020 season, Mr Y C Wong, part-owner of DANCES WITH DRAGON and Mr P C Chan, an associate of Mr Wong who was present in the Parade Ring with Mr Wong when the instructions were given by Mr Leung to Jockey Sanna.  Mr Ho was not on course at the relevant time as he was travelling overseas on business.

A Sanna was charged with having breached Hong Kong Rule of Racing 99 (2) and (6) in that as the rider of DANCES WITH DRAGON in the stated race, he failed to take all reasonable and permissible measures throughout the race to ensure DANCES WITH DRAGON was given a full opportunity to win or to obtain the best possible placing in the field.

The particulars of the charge being:-

Jockey Sanna pleaded guilty to the charge. After having considered the matter, the Stewards determined that the appropriate penalty was for Jockey Sanna’s licence to ride in races to be suspended for a period to commence on Wednesday. 11 December 2019 and to expire on Monday, 20 January 2020. During that period, there are twelve (12) racemeetings scheduled to be conducted in Hong Kong.