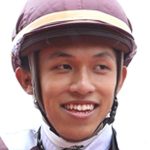 The Inquiry into the running and handling of ROMANTIC in Race 6 at the Singapore Turf Club Meeting on Sunday, 03 November 2019 was concluded on Wednesday, 13 November 2019.  After taking evidence from App I Amirul (pictured), his Master, Trainer S Gray, Trainer S Burridge, the Trainer of ROMANTIC, and Mr R Lim, Trainer’s S Burridge’s Assistant Trainer, App Amirul was found guilty of a charge under MRA Rule 44(10) in that he failed to ride to the satisfaction of the Stewards.  The specifics of the charge being that

When deciding on penalty, the Stewards took into account his record, the nature of the charge, his personal circumstances and submissions from App Amirul that he has been engaged to ride at the Singapore Race Meetings on Friday, 15 November 2019 and Sunday, 17 November 2019.

App Amirul was suspended from riding in races with effect from Monday, 18 November 2019 to Tuesday, 17 March 2020 both dates inclusive (a period of four months) and was advised of his Right of Appeal.