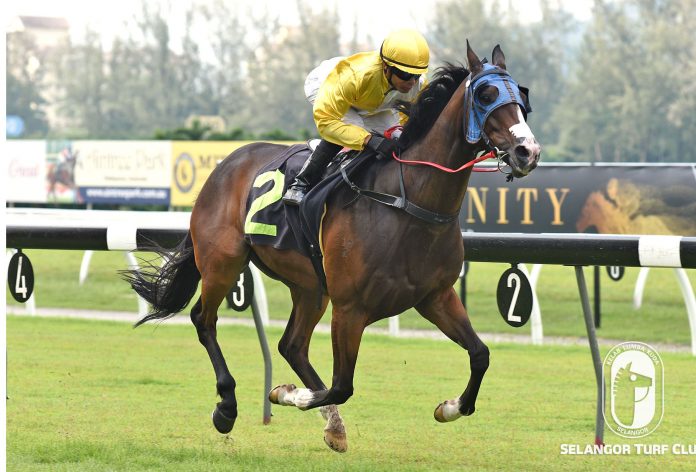 Trainer Richard Lines continue to increase his tally of winners in the Trainers’ Championship Table this season when saddled a double in the one day race meeting at Selangor Turf Club last Saturday.
The soft spoken Englishman, has now 49 winners to his credit and his close rival, Trainer Charles Leck has 27 winners.