Kwok released a public statement on Saturday, May 4. 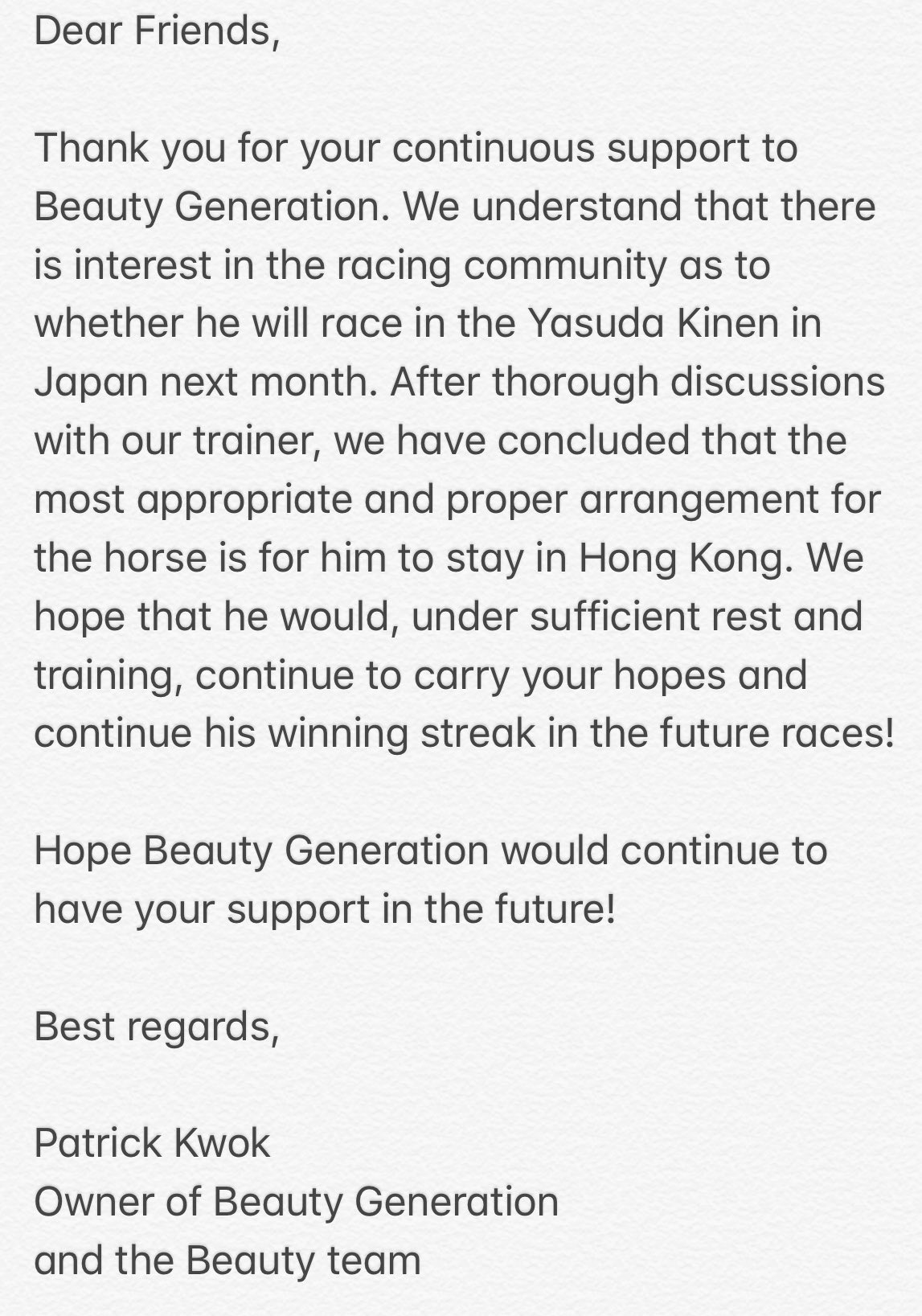 Trainer John Moore said: “The horse is not going to Japan. He’s had a long season and we want to have a horse for next season to put together the same number of wins and the same programme as we did this time around.

“He has a break now, he won’t go to China, he will stay here, keep him ticking over because he can be a bit naughty if he’s left doing nothing,” Moore said.