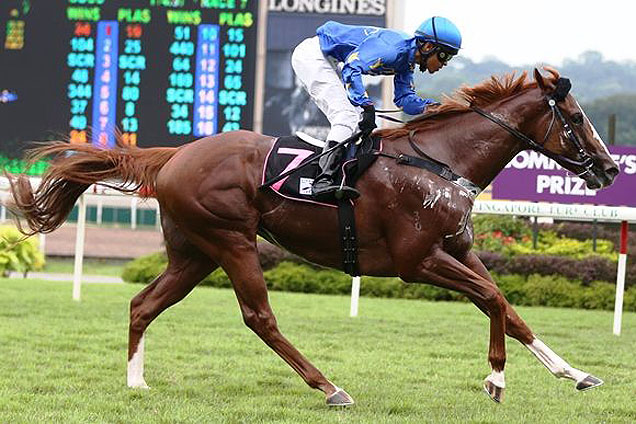 The Inquiry into the ride of TURF BEAUTY in Race 4 at the Singapore Turf Club Meeting on Friday, 05 April 2019 was concluded on Wednesday, 10 April 2019.  After taking evidence from App Y Salim (pictured), his Master, Trainer D Kok, Trainer KY Young, the Trainer of TURF BEAUTY, and Jockey M Rodd who had previously ridden the horse, App Salim pleaded guilty of a charge under MRA Rule 44(10) in that he failed to ride to the satisfaction of the Stewards.

The specifics of the charge being that:

(2)  passing the 800m, where in last position, he again restrained his mount unnecessarily; and

When deciding on penalty, the Stewards took into account the level of App Salim’s riding experience, having averaged eighty race rides per year over a four-year period with twenty-six winners and is a three-kilo claiming Apprentice.

The Stewards also took account the nature of the charge, guilty plea, his previous record which includes three previous offences under this Rule and his personal circumstances.

App Salim was suspended from riding in races with effect from Wednesday, 10 April 2019 to Friday, 09 August 2019 both dates inclusive (a period of four months) and was advised of his Right of Appeal.