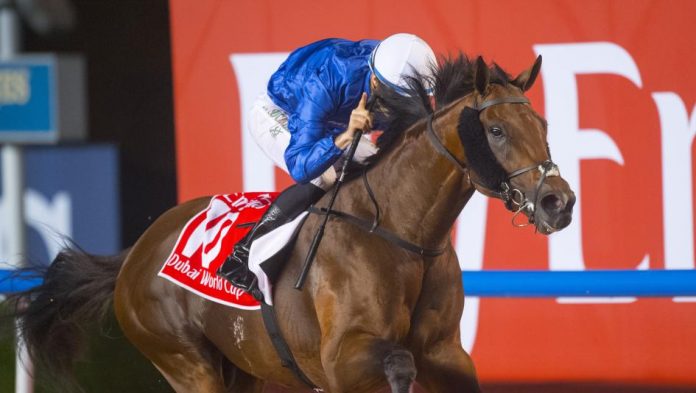 Thunder Snow has not won since demolishing his rivals in last season’s edition of the world cup, when he strolled clear to win by almost 6 lengths in devastating fashion. Since then he has raced four times and tasted defeat on all four occasions.

Last start Thunder Snow showed that he was nearing his best form with a solid 2nd place to World Cup rival Capezzano over 2000m on dirt at Meydan in the Al Maktoum Challenge. He looked in need of the run and will no doubt strip a much horse this coming weekend.

The other standout race on the card is undoubtedly the USD$6m Dubai Turf which feature champion Japanese wonder mare Almond Eye. The winner of 6 of her 7 career starts, Almond Eye appears one of the best thoroughbreds in the world and victory this week could be the spring board to her heading to the EUR$5m Prix de l’Arc de Triomphe later in the season. 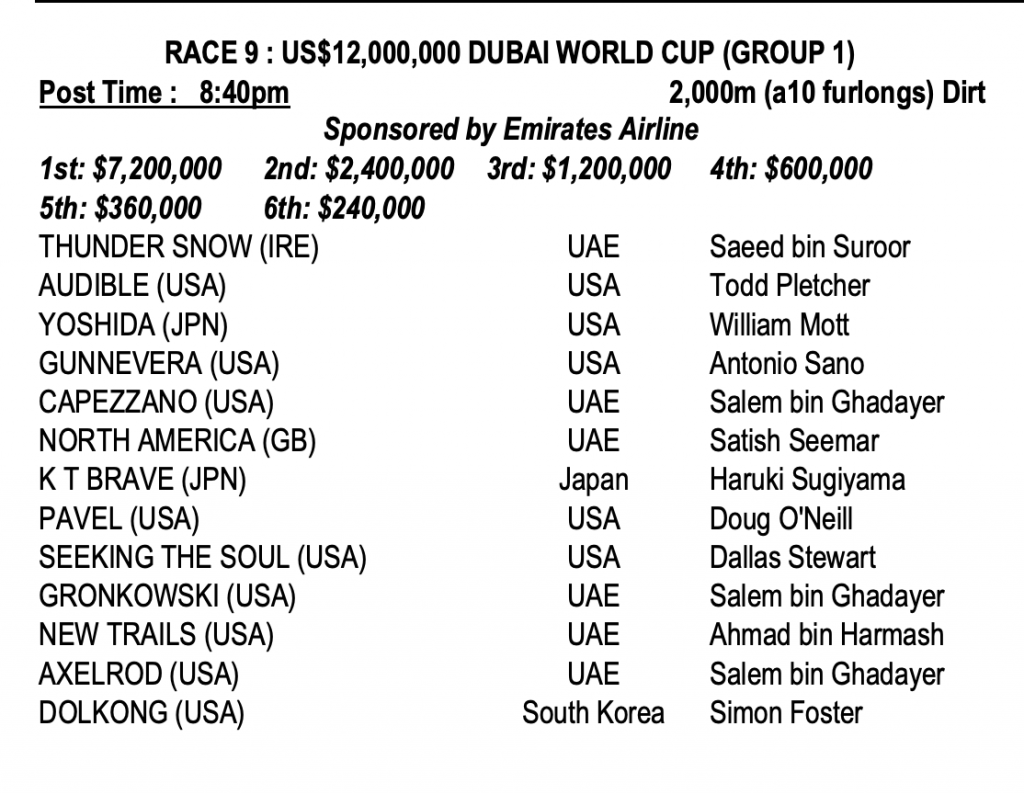 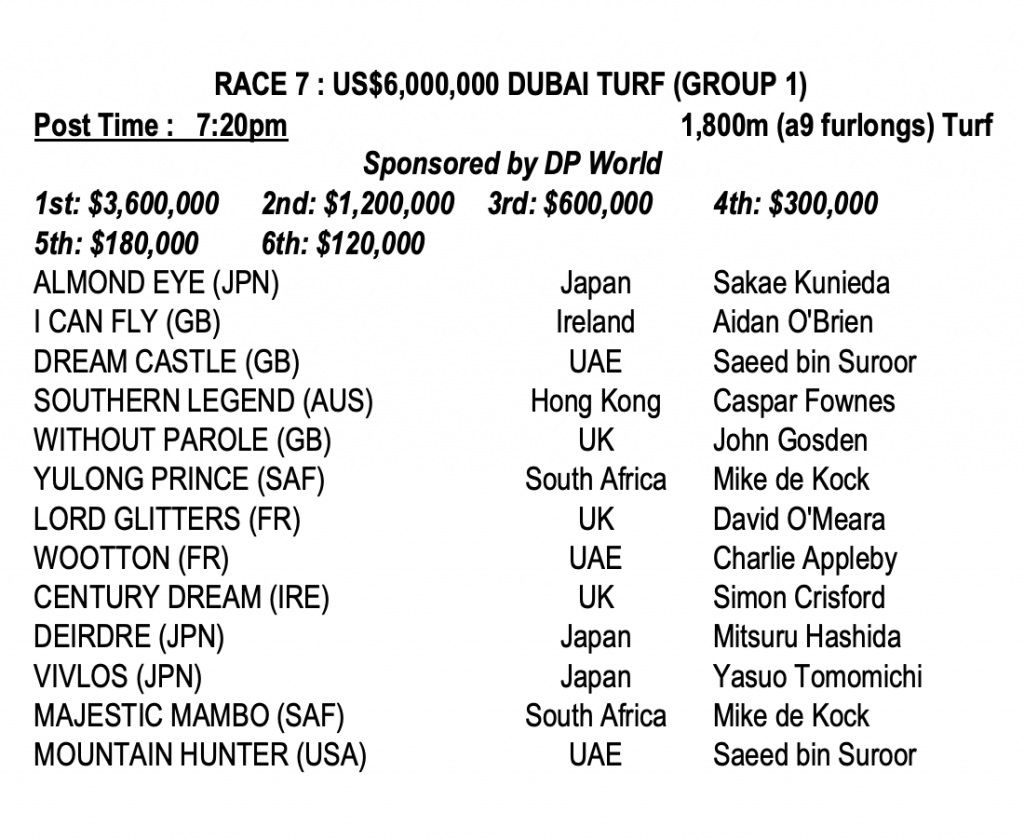