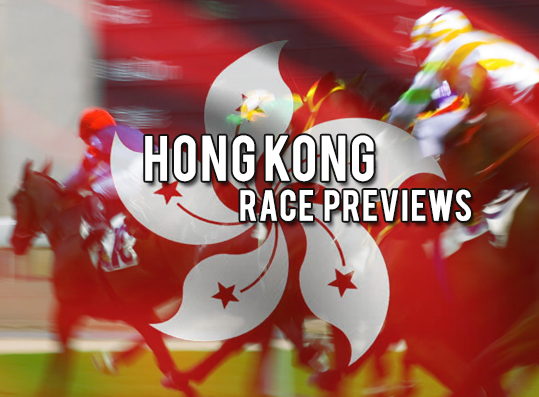 Race 1: 10. Speedy Optimist looks a talented newcomer who can win on debut. 2. Mr Croissant showed good ability on debut and experience can hold him in good stead second-up. 8. Flying Victory is another newcomer who has shown potential at the trials. 5. Buddies has had a light preparation with just the one trial for his firststart, but John Moore is a master at preparing them off the track.

Race 3: 4. Meridian Genius holds form with a impressive trial and looks set to breakthrough up in trip. 11. Yichun Blitz in an improving type – read Track Spy for more on this horse. 7. Diamond Brilliant looks a talented newcomer who can go close on debut. 6. Trust Me placed at big odds last start so needs to prove it no fluke this week.

Race 4: 14. Dashing Dart is racing consistently should get his chance from barrier 4 with Moreira on. 1. Romantic Chef is consistent but barrier 13 will need Purton at his best. 2. Splendour And Gold can win again based on his last start success but he had everything go right from barrier 2 that day, and things look trickier here. 9. High Rev holds form with a good trial and gets favours from a low draw.

Race 5: 6. Craig’s Star has gone close at his last two starts and should be ready to win now from barrier 4. 1. Chairman Lo has had every chance of late, but he’ll be there in the finish again. 4. Voyage Star won well when leading all the way last start and he should be adopting the same tactics again. 2. Sam’s Love gets back and runs on, so needs luck as a backmarker.

Race 6: 7. Vincy was good at his first try over this distance last start and from barrier 3 he gets the most favours. 9. Glorious Dragon ran an encouraging race second-up and should be ready to go close third-up. 3. Classic Beauty is another leading contender who is improving with racing; blinkers have certainly helped too. 14. Dynamic Eagle boasts the same formlines as the aforementioned horses and will be closing off hard and fast.

Race 7: 5. Full Of Beauty can remain unbeaten and score five successive wins as he takes to Class 2 for the first time. 7. Lean Perfection was backed off the map and won accordingly last start – how does the market treat him here? 4. Flat Heaven surprised for a win at big odds last start. It rated well so he remains a chance again. 1. Ugly Warrior ran well enough first-up and should improve more second-up.

Race 8: 2. Dark dream is afforded a better barrier which can help to turn the tables on 1. Waikuku, who has drawn horribly wide but Size has won two Derbys from wide berths before. 3. Furore has done little wrong and looks hard to hold out. 8. Enrichment looks good over the Derby distance and may sneak a place.

Race 9: 10. Invincible Missile was unlucky not to have won last start and this race looks to set up well for him. Read Track Spy for more. 11. Super Star was an impressive last start winner who can handle the rise in class. Read Track Spy for more. 4. Uncle Steve can return to form third-up based on his sound first-up run. 8. Planet Star won well in blinkers last start and is an on pace runner who could hold for a place.

Race 10: 10. Tornado Twist should relish the 1400m this week. He’s hard to hold out. 3. Solar Patch can return to form third-up in this class of race. 1. Star Shine is another reaching peak form third-up. 8. King Opie is an honest on pace runner who is always close up in the finish.